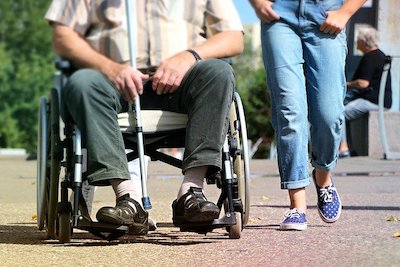 Nursing homes are established to provide care for elderly individuals, however, there have been multiple cases of nursing home neglect and abuse. According to a report by InvestigativeTV, the Center for Medicare and Medicaid Services (CMS) has identified hundreds of nursing homes that have repetitively provided a poor quality of care. These homes are wait-listed for assistance provided by the Special Focus Facility Program (SFF).

The Focus Facility Program is to increase inspections and heighten enforcement in these homes. However, SFF can only handle 88 facilities. As of August 2020, 445 nursing homes were waiting for a slot to open for the oversight program.

Horrific Cases of Neglect and Abuse in the USA

The Bethel Lutheran Home is considered by the federal government to be one of the worst nursing homes in the United States. The Center for Medicare and Medicaid Services reported in January 2019 severe and pervasive wrongful punishment, neglect, and abuse taking place in Bethel Lutheran.

Some of the reported cases of neglect and abuse in Bethel Lutheran are listed below.

According to USA Today Network, when 81-year-old Dolly Moore became sluggish and sleepy and lost her appetite, the nurses at Parklands Rehabilitation and Nursing Center told the family nothing was wrong. The nurses blamed their mother’s worsening dementia for triggering the symptoms. The nurses also falsely insisted that Dolly Moore’s lab results were typical, but the lab results showed a raging infection.

Moore’s abnormal lab results went unreported to a doctor, and the infection spread, which caused swelling to her head, leading to her death on October 1, 2014. Florida’s Department of Children and Families determined that Dolly Moore died due to the nursing home’s neglect. The department then forwarded their findings to the Agency for Healthcare Administrative (AHCA), which investigates elder abuse and neglect and oversees Florida’s 687 nursing homes.

Despite evidence of neglect, the AHCA did not take action against Parklands Rehabilitation and Nursing Center. AHCA did not revoke Parkland’s license or fine the facility. USA Today found that the AHCA rarely issues penalties. USA Today reports finding no evidence of the ACHA completing investigations into the nursing homes in approximately ⅔ of the cases brought before the agency.

In 2017, twelve people died at Broward County Nursing Home after Hurricane Irma knocked out the air conditioning. Within days after the deaths, the AHCA banned the center from admitting new patients and halted all Medicaid payments. The AHCA then suspended the home’s license ten days after the storm hit.

The HCA’s swift action, in this case, shows its ability to protect patients from dangerous situations. However, the faculty’s owners challenged the move and denied that staff failed to act appropriately. The tragedy at Hollywood Hills is one of 43 cases during five years that the USA Today Network-Florida reviewed.

York Spratly, 84 years old, died in February 2017 after surgery to remove his gangrenous genitals, which resulted from his not being bathed at his Florida nursing home. A state review found York Spratly was neglected by nursing home staff who failed to obtain treatment or report the condition to a doctor. The AHCA did not cite the nursing home for violations related to the death of York Spratly.

While some of these cases most likely won’t happen to you or a loved one, there is always a chance that something may go array. There are so many heartbreaking stories of abuse and neglect. In most cases, the AHCA did not act. The agency cited nursing homes for violations in only 15 of 43 death cases, which is about one-third of the deaths investigated by USA Today. When nursing home negligence causes illness or death, a nursing home abuse attorney can advocate for the elderly individual and their loving family. An experienced and compassionate nursing home attorney should be contacted for assistance in investigating and filing a lawsuit.

How much do you Earn? vs. Are you Satisfied?

How much do you Earn? vs. Are you Satisfied?