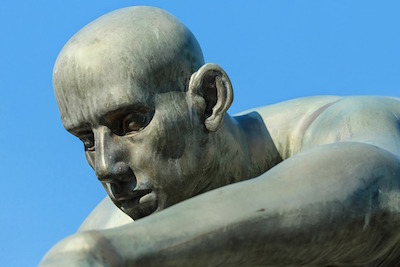 During my youthful days, growing in Nigeria most famous jungle city of Ajegunle in Lagos State, I stumbled upon a quote which not only took me out of the slums but later got me into one of the most advanced medical school (E.L.A.M) in the world, according to former U.N Secretary General, Ban-Ki Moon in his January 2014 visit to Havana, Cuba.

Those were golden words I so cherished, written on the tablets of my heart, hung upon the walls of my room, placed as a sticker in my bag and books, and those words are nothing but……

“Difficulties give way to determined men”

History is littered with stories of men and women whose determination knew no boundaries as they conquered the impossible. To these men (past and present), the whole world owes such a heavy debt too difficult to pay.

“First of all”, replied the boy Napoleon Bonaparte, when asked what he wanted to be. “I must first make myself a man; if I do not succeed in that, I can succeed in nothing”. The world will never forget his exploits in a hurry, as the sound of his name send quivers to the spines of great armies in the enemy camp.

The world has a standing advertisement over the door of every proffession, every occupation, every calling “Wanted – A Man”

Are there not many islands in the Caribbean, and many presidents of different nations in the sunny west indies? Yet one man stood out from the crowd. One single revolutionary man with fire burning in his soul (and even during sleep), made Cuba the centre of world politics, and became a thorn in the flesh to the Almighty U.S.A. 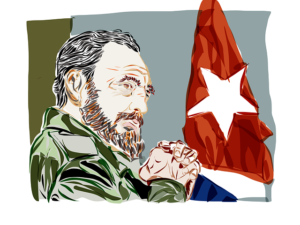 Yes, and I mean it a thousand times; You can’t stop Fidel Castro. Motivated to free his country from Yankee imperialism under the Batista regime, he led a band of guerrilla fighters to power in 1959, outlasted 9 U.S presidents and ended up at the centre of the most dangerous moment in the cold war, he still holds the record for the longest speech at the United Nations. In short, he brought a small Caribbean island to the center of world politics.

Some men with unbreakable determination and iron will have moved the world often before reaching the prime of life. It is astonishing what daring to begin and perseverance have enabled even youths to achieve. Alexander who ascended the throne at 20, had conquered the whole known world before dying at 33, and was said to weep because they were no more words to conquer. Julius Caesar captured 800 cities, conquered 300 nations and defeated 3 million men, becoming a great orator and one of the greatest statesman known and still a young man. Washington was appointed adjutant-general at 19, he was sent as an ambassador at 21 to treat with the French and won his first battle as a colonel at 22. Truly difficulties give way to determined men.

When Napoleon was told that the Alps stood in the way of his armies, “There shall be no Alps”, he said, and the road across the Simplon was constructed through a district formerly almost inaccessible. ‘Impossible’ as he was famously quoted “is a word only to be found in the dictionary of fools”. He was a man who toiled terribly, his influence inspired other men and put a new life into them. “I made my generals out of mud”, he said.

Impossible is a word to be found only in the dictionary of fools. – Napoleon Bonaparte

What can you do with a man who has an invincible purpose in him; who never knows when he is beaten and who when his legs are shot off, will fight on the stumps. 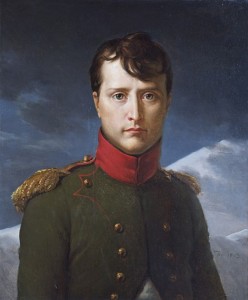 Difficulties and opposition do not daunt him. He thrives in persecution; it only stimulates him to more determined endeavour.

Give a man the alphabet and an iron will, and who shall place bounds to his achievements.

Imprison a Galileo for his discoveries in science, and he will experiment with the straw in his cell (wonderful brain).

Deprieve Euler of his eyesight and he but studies harder upon mental problems; thus developing marvelous powers of mathematical calculations.

Lock up a John Bunyan in jail (but you just cant stop him) and he will write one of the finest books (Pilgrims Progress) in modern English language.

A million death treats wont hinder Martin Luther King Jnr march to Washington to deliver his immortal “I have a dream” speech.

Let his daily infirmities remind him of his frail nature for almost four decades, but that wont stop the genius Darwin from compassing land and sea in search of fossils that will put ‘the origin of species by natural selection’ on our book shelves today.

Isolate him in a tiny island cell for almost three decades, but that wont stop Mandela from helping South Africans “long walk to freedom”.

Give him men of like passions and Che Guevara will always lead a revolutionary guerilla across the globe.

Time will definitely fail me to talk about Jesus, Mohammed and Buddha whose shiny and bright examples of old has led to billions of followers in the world today.

Arago says in his autobiography, that when he was puzzled and discouraged with difficulties he met with in his early studies of mathematics, some words he found on the waste leaf of his text book caught his attention and interested him. He found it to be a short letter from D’Alembert to a young person disheartened like himself, and read: “Go on Sir, go on. The difficulties you meet with will resolve themselves as you advance. Proceed and light will dawn and shine with increasing clearness on your path”. That maxim, he said was my greatest master in Mathematics.

And so I charge you men today; Go on sir, always move on. Your sheer determination to confront any problem is already 50% won, and if you continue with an unquenching zeal, then I can assure you that success, as night follows the day, will meet you in every endeavor.

If we ever give up, we belittle such great power invested upon us by our creator. But if we daily recognize it and move with it as they say in the middle east “may Allah go with you” or in the Iberian peninsula “Que te vayas con Dios”, then we will go with the most powerful force of nature and difficulties will give ways for us.