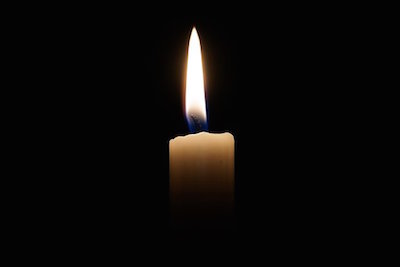 In Steve Jobs 2005 Stanford Commencement speech (regarded as one of the best in 21st century, and 3rd best in human history only after Jesus’ “Sermon on the mount”, and Martin Luther’s “I have a dream” ), he said that death is the single best invention of life. It is life’s change agent; it clears out the old to make way for the new.

Such a topic and a message for a morning inspiration might be considered too negative, but we all know how the thought of death scare us all and the fear of the unknown especially “life after death“, and this message is to help us overcome all that fears because as Steve Jobs said no one has ever escaped it. It will all come to us.

The ancient Stoic philosophy taught us to always see most dreadful perceptions (like death) the way they really are, to lay them bare and see how pointless they are, and to finally strip away the legend that encrust them.

The Stoics understood how critical it is to remind ourselves of our own mortality. Why? It helps us reorient our priorities, realize how petty our concerns are and how wasteful we’ve been of our time. 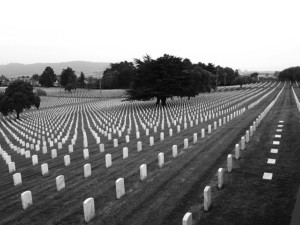 With the end constantly “on our lips” as Montaigne put it, or with, as Shakespeare said, “every third thought on our grave”, we have an easier time rejecting pointless trivialities and we develop a keen sense of priority and time. By now you know that too many people realize this only at the end of their lives. This is why today—before you go on living your life—think about how short it really is.

I totally understand that no one wants to loose their loved ones, its an awful experience that can psychologically drain us for a long time especially when we aren’t prepared for it. And that leads me to the question…“should we prepared for death?…should we keep it in mind always so as to take away its power when it finally arrives?” A very thought-provoking questions that unfortunately our society has been shying away from discussing.

I will give two opposite examples about the importance of discussing the subject of death with our loved ones:

Which of these two above mentioned kids will handle their parents’ demise when it happens? I will leave you to your answer. 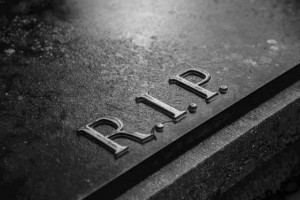 The idea of not discussing this taboo subject prompted a 29 year old Caitlin Doughty to co-found the DEATH SALON with Megan Rosenbloom. They had their first Death three day Salon meeting in October 2013. And this Death-conscious movement is spreading like wildfire. There in the meetings, people openly discuss only the subject of death so as to adequately prepare for it for themselves or for loved ones.

To cap it all, I think death is a gift if one only understand its true purpose. When there is no death, life would be meaningless.

Die in style (at old age) is my new emblem, and die I will, but not tomorrow, maybe in a hundred years from today.

Sunday Morning Inspiration – DO NOT GIVE UP

Sunday Morning Inspiration – DO NOT GIVE UP