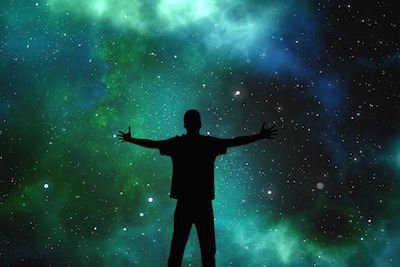 Astrologists, cosmologists and physicists have always tried to define the size of the universe and his big it is. After much recent studies and calculations from powerful telescopes, you will be amazed to know how vastly hugely mindbogglingly BIG it is. And the surprising fact is that what we know as the universe is just the “observable universe” because the universe is always expanding.

HOW BIG IS THE UNIVERSE

There is nothing bigger or older than the universe. Stephen Hawking 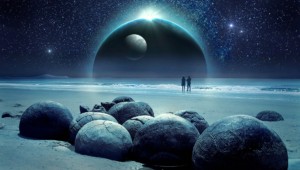 It is so big that our human faculties can’t comprehend it. Let’s just try to give a little explanation.
The universe has more than 100 billion galaxies. Each galaxy has billions and trillions of stars. The Milky way galaxy (where our earth belongs) has 300 billion stars. Our neighboring galaxy (Andromedia) has 1 trillion stars and the largest known galaxy (1C 1101 ) has about 100 trillion stars… O.M.G!!!
Listen to this, each star has its own solar system. Our own star, The Sun (Sol in Latin) where it derived the term ‘solar system’ has 8 planets and the earth revolving round it. So if you ever think the earth is big in size (of course it is), but when compared to the universe, it is infinitesimally small and tiny to even be noticed.

THE UNIVERSE AND YOU

Once you make a decision, the universe conspires to make it happen. Ralph Waldo Emerson

With all the mind-blowing description of the universe’s size, it will be okay to feel we are too small to be noticed in the universe, but the truth is that you are the universe, and without you, the universe won’t exist. While the universe most certainly is above you, it is also below you, and behind you, and beside you, and it is within every cell of your body because both the universe and you contain the same atoms, molecules and elements.
When you understand that the universe is within you,and by its very nature it is for you, wanting you to have more life, more health, more love ,beauty and more of everything, then you will feel genuine gratitude to the universe for everything you receive in your life.
When you get up close and personal to the universe (or God, Spirit, or whatever you call it) and feel that closeness of the universe within you, from that moment on, the world will belong to you a d there will be nothing that you cannot be,have or do. 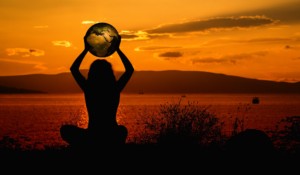 In the grand scheme of things, anything we do in life, our actions still look unnoticeable. Sure we might build a rocket to get us to Mars (thanks to Elon Musk and Jeff Bezos) which might happen in our lifetime. But the funny thing is that if we even get to the outer reaches of our own galaxy, we still have a long long way to explore. The point is that what we do or all our scientific achievements still look too small. So its pretty hilarious when we spend time trying to be cool, to please others, live to some dumb and outdated cultural norms and expectations. We are just too small to worry about that stuffs.

In conclusion, looking at the size of the universe with billions of galaxies, trillions of stars, and infinite planets, I still wonder how the same God who watches over the affairs of such a vast universe, still know, as Jesus said (Matthew 10:29-30) when a bird falls to the ground and wait for this…knows the numbers of everyone’s hairs in our head…that is still what my dull mind can’t fanthom…
“What an amazing God.”

Sunday Morning Inspiration – The Universe and You was written by Dr. Okechukwu Ekemezie