Effects of Psychological Stress on the Brain Function 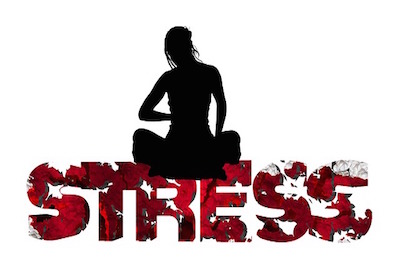 Stress is an internal factor which is always not dangerous. But when mentioned, we talk about chronic stress. The later is harmful to our body. Every form of stress acts in the same ways including Psychological Stress (PS).

It produces a hormone known as cortisol and it can save us in emergency situations. But, a high level of cortisol hormone in the blood for a longer duration can actually damage your brain. Chronic stresses increase the activity and neural connections in the amygdala body. Which is the fear center of our brain.

Daily injections of corticosteroids to the rats for several weeks kills certain brain cells. In this study, scientists were able to recognise that prolonged periods of cortisol in blood stream damage. And kill the cells in the hippocampus – the area of the brain which handles memory. It is not a secret that stress causes premature brain aging. This is one of the most common risk factors for Alzheimer’s disease and Dementia.

Once again Cortisol, the stress hormone, can actually shrink your brain. When brain shrinks to an extensive grade, the nerves lose its synaptic connection. Especially in the prefrontal cortex, which regulates behaviours… such as concentration, decision making, judgment and social interactions.

Also it is clear that stress can also result in depression. It is also a

common feature that depressed people have a high level of cortisol in the blood.
Neuroscientists now doubt that the chemical changes in the brain during depression are not a cause of depression. But a response of the brain to the chronic stress conditions.
Opposing the traditional ideas of nerve cells, the adult brain does form new neurons. But, this happens only in special areas of the brain.

Elevated levels of stress induced cortisol may contribute to the risk aversion. According to a new study in Cambridge Judge Business School. Including irrational pessimism seen among bankers and fund managers during financial crises.
Moreover, PS  has a negative influence on the immune system. Frequent activation of the autonomic nervous system decreases the effectiveness of our immune system. And this makes you prone to severe diseases and also it can worsen already present illness.
Also it also influences on the mood and the general attitude of a person. PS forces out the positive attitude from your life. Positive attitude is an important factor which activates our immune system. It contributes a huge role in its effectiveness.

How to Get Rid of Your Stress Headache for Good

Effects of Music on the Brain

How to Get Rid of Your Stress Headache for Good

Effects of Music on the Brain