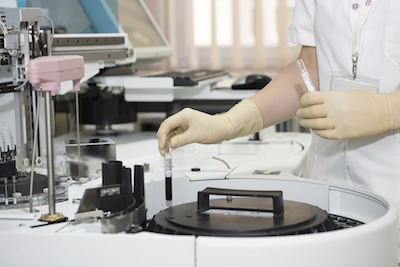 It is quiet alarming and shocking the extent at which patients are demanding for Widal test to be carried out for them. And the obsession of not being relieved of their predicaments and anxieties until the said laboratory test is done. This is becoming a pattern in our society.

Of course, attention must be drawn to it, so as to quickly address the possibility of over abuse of laboratory investigations which might undermine the medical standard operating procedures. And also, to reduce the rate at which unnecessary prescribed antibiotics against enteric fever are consumed.

Defining the word Obsession will give an opportunity to a comprehensive understanding of the topic under discussion. The Diagnostic and Statistical Manual of Mental Disorders (DSM-IV) defined Obsession as a persistent and recurrent thought or idea with which the mind is continually and involuntarily preoccupied and that cannot be expunged by logic or reasoning.

Obsessions are Recurrent & persistent thoughts, impulses, or images, that are perceived as intrusive and inappropriate and cause marked anxiety or distress. Which may not simply excessive reponses to genuine real-life problems. Also, the Medical Dictionary for the Health Professions and Nursing defined the term “Obsession” as a compulsive preoccupation with an idea or an emotion, often unwanted or unreasonable, and usually associated with anxiety.

The Medical Dictionary for the Health Professions and Nursing defined the term “Obsession” as a compulsive preoccupation with an idea or an emotion, often unwanted or unreasonable, and usually associated with anxiety.

While, the “widal test” can be simply defined as a serological test amongst the laboratory investigations carried out on the patients’ blood samples  in order to confirm the diagnosis of enteric fever. Of course, it would be of interest and also for the purpose of understanding to quickly have an overview of what enteric fever entails. The Enteric fever also known as Typhoid fever, is a potentially fatal multisystemic illness caused primarily by Salmonella typhi. It mainly occurs in developing countries, but it is seen in travelers from industrialized countries who visit where typhoid infections are common(endemic). The disease is characterized by sustained high fever, fatigue, headache, loss of appetite and stooling are common symptoms. And it can be contacted through ingestion of contaminated food and drinking of contaminated water as well.

Enteric fever also known as Typhoid fever is characterized by sustained high fever, fatigue, headache, loss of appetite and stooling are common symptoms. And it can be contacted through ingestion of contaminated food and drinking of contaminated water as well.

It is quite obvious that the population are insistent on this test due to the awareness of the constant exposure to contaminated water for drinking and cooking, eating at unhealthy food vendors and drinking sachet water of questionable manufacturing factories. Also, witnessing a family member suffer from the illness causing fear of contacting it as well. These are possible reasons why there is an emphasis in this lab test.

Unlicensed medical providers also play a role in this problem by stressing the need of this test due to their lack of basic medical knowledge and give a blanket diagnosis of enteric fever for symptoms of fever, abdominal pain and vomiting.

My major concern and worry about the so called Widal test is the way patients are extremely obsessed with the test and not whether the disease is being over diagnosed or under diagnosed. A friend of mine Doctor precisely told me or made a suggestion to me while I was contemplating on how to put the topic in order to reflect my opinion of the issue. His suggestion was “Over diagnosis and under diagnosis of typhoid fever in health institutions” so that I can later discuss the over abuse of the widal test. Of course, I did agree with him. Because he is one of the brilliant minds I have ever met. Notwithstanding, his suggested topic did not reflect my own perspective of the abuse of widal test from both patients and healthcare providers

My major concern and worry about the so called Widal test is the way patients are extremely obsessed with the test and not weather the disease is being over diagnosed or under diagnosed.

They are obsessed with the test. Every man believes widal test is the ultimate by undermining the details of clinical history and a possible diagnosis of resistant malaria in our environs. In fact, stress related health issues is of major concern to look into by healthcare providers.

Recalling from my personal experience of many years as a medical practitioner, I have encountered situations where patients were being managed only based on titres reaction of widal test. Such patients were indiscriminately placed on antibiotics on several occasions for months in the name of “you still have a significant raised titre”. Meanwhile, clinical history and physical examinations of these patients revealed that they were suffering from the side effects of over abusing antibiotics and not the 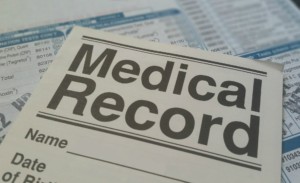 Many a times, the management of patients are carried out in-between side laboratories and dispensaries. The patients on their own walk into side labs regardless of their complaints and demand for widal test without proper consultation with physicians. Subsequently, prescriptions are issued by the non-doctor staff based on the widal test reaction and not bearing in mind the false positive results from widal test and likelihood of cross reactions from laboratory investigations.

Such inexplicable attitudes have resulted into complicated conditions and loss of life,because attention was not paid to the underlying pathologies rather treatment was concentrated   on raised titre reaction of widal test.

Similar case scenarios have been thoroughly highlighted under the article called “syndrome of inappropriate care for mild -moderate diseases in our government facilities“, precisely factors responsible for such mismanagement.

HISTORY AND INTERPRETATION OF WIDAL TEST

The Widal test, developed in 1896 and named after its inventor, Georges-Fernand Widal, is a presumptive serological test for enteric fever. In cases of Salmonella infection, it is a demonstration of the presence of O-soma positive result. Test results need to be interpreted carefully to account for any history of enteric fever, typhoid vaccination, and the general level of antibodies in the populations in endemic areas of the world.

Typhidot is the other test used to ascertain the diagnosis of typhoid fever. As with all serological tests, the rise in antibody levels needed to perform the diagnosis takes 7–14 days, which limits its applicability in early diagnosis. Other means of diagnosing Salmonella typhi (and paratyphi) include cultures of blood, urine and faeces. The Widal test is positive if TO antigen titer is more than 1:160 in an active infection, or if TH antigen titer is more than 1:160 in past infection or in immunized persons. A single Widal test is of little clinical relevance due to the high number of cross-reacting infections, including malaria. If no other tests (either bacteriologic culture or more specific serology) are available, a fourfold increase in the titer (e.g., from 1:40 to 1:640) in the course of the infection, or a conversion from an IgM reaction to an IgG reaction of at least the same titer, would be consistent with a typhoid infection.

The Widal test is time consuming (to find antibody titre) and often times when diagnosis is reached it is too late to start an antibiotic regimen. The Widal test should be interpreted in the light of baseline titers in a healthy local population.

The Widal test may be falsely positive in patients who have had previous vaccination or infection with S. Typhi. Besides cross-reactivity with other Salmonella species, the test cannot distinguish between a current infection and a previous infection or vaccination against typhoid.

Widal titers have also been reported in association with the dysgammaglobulinaemia of chronic active hepatitis and other autoimmune diseases. False positive Widal test results are also known to occur in typhus, acute falciparum malaria (particularly in children), chronic liver disease associated with raised globulin levels and disorders such as rheumatoid arthritis, myelomatosis and nephrotic syndrome. 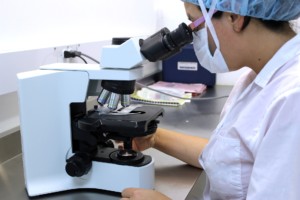 False negative results may be associated with early treatment, with “hidden organisms” in bone and joints, and with relapses of typhoid fever. Occasionally the infecting strains are poorly immunogenic.

False negative Widal tests may be due to antibody responses being blocked by early antimicrobial treatment or following a typhoid relapse. Severe hypoproteinaemia may also prevent a rise in 0 and H antibody titres. The antibody levels found in a healthy population however, may vary from time to time and in different areas, making it difﬁcult to establish a cut off level of baseline antibody in a deﬁned area and community.

In low typhoid endemic areas, weak and delayed O and H antibody responses limit the usefulness of the Widal test. Variations also exist between laboratories in the performance and reading of Widal tests which compromise further the reliability of the test. The World Health Organization (WHO) has said that due to the various factors that can influence the results of a Widal test, it is best not to rely too much on this test.

The rate at which “widal test” is being demanded for, by the patients is quite alarming and shocking. Majority of patients are so anxious about getting widal text done for them and often neglect the importance of detailed clinical history which could have helped the healthcare providers in making a good working diagnosis. Surprisingly, they become anxious if they are being denied the opportunity of carrying out the so called widal test in a situation where the healthcare providers do not deem it fit to write. Hence, they are disturbed and show dissatisfaction with the management of such doctors. Such scenario is an indication of the topic discussed above “The obsession of ‘widal test’ for medical diagnosis.

Nevertheless, the healthcare are not left out in this issue. It is of importance to note that widal test is not a gold standard diagnostic tool for enteric fever. More so, there are a lot of cross reactions from other diseases like malaria, hepatitis including typhoid vaccine which of course can give false positive results thereby misleading the healthcare providers in making precise diagnosis. It is on this note, that the World Health Organization (WHO) has warned not to rely too much on this test. The right steps to combat this problem are: public health education, penalties for unlicensed medical providers, improve access to adequate medical consultation.

The Obsession of ‘widal test’ for medical diagnosis was written by Dr LB Basaru. You can follow him on Social media.

Doctor Quiz: See How Good You Are On This Medical Test

Doctor Quiz: See How Good You Are On This Medical Test