Diabetes will not kill you 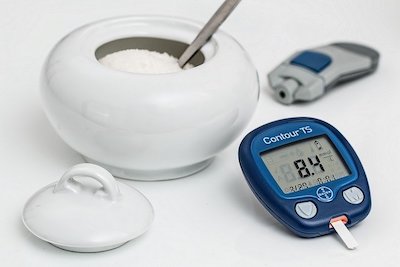 I do not love to work out, but if I stick to exercising every day and put the right things in my mouth, then my diabetes just stays in check. Halle Berry

Diabetes otherwise called diabetes mellitus represents a group of metabolic disorders characterized by high levels of blood sugar due to secretion of insulin and other insulin related issues.

Insulin is a hormone produced by pancreas, which controls the level of glucose in the blood controlling the production and storage of glucose. When food is digested and enters your bloodstream, insulin moves glucose out of the blood and into the cells, where it’s broken down to produce energy.

However, if you have diabetes your body is unable to break down glucose into energy. This is because there’s either not enough insulin to move the glucose , or the insulin produced does not work properly.

What is Diabetes Mellitus?

There are basically two types of diabetes:

To be more specific I would briefly explain.

Type 1 diabetes is caused by insufficient production of insulin from the beta cells of pancreas destroyed by an autoimmune process; in this case the body immune system mistakenly targets its own tissues.

This problem could be hereditary though the exact reasons for this process are not fully understood. It could start around the age of thirty.

Type 2 diabetes is the inability of the body’s cells to use insulin properly and efficiently, leading to hyperglycemia (high blood sugar) and diabetes.

It is otherwise known as insulin resistance and affects mostly the cells of muscles and fat tissues. This is represented by lack of sensibility to insulin by the cells of the body. This could spring up from the age of forty or less. 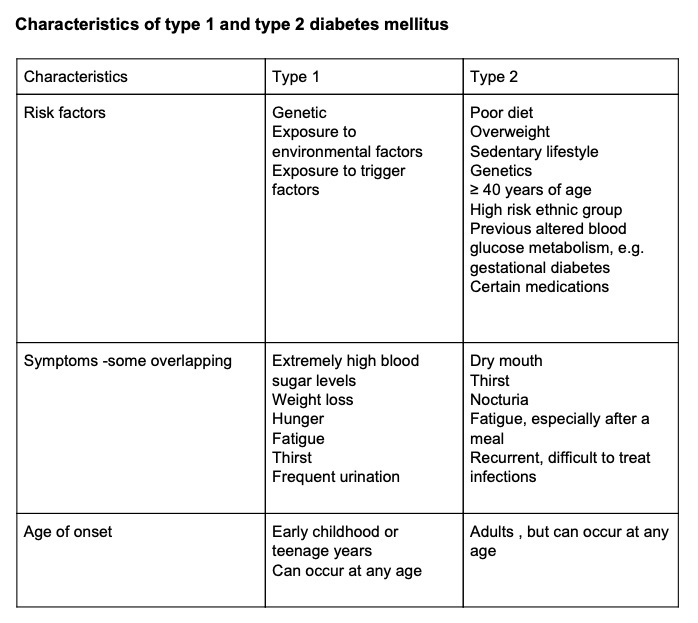 A third form of diabetes has been identified as Gestational diabetes. This occurs in women during pregnancy when the body can become less sensitive to insulin. It doesn’t occur in all women and in most cases disappears after child delivery.

Doctors refer to some people as having prediabetes or borderline diabetes when blood sugar is usually in the range of 100 to 125 milligrams per deciliter (mg/dl).

Normal blood sugar levels range between 70 and 99 mg/dl, whereas adiabetic person will have a fasting blood sugar higher than 126 mg/dl.

Prediabetes signifies that blood sugar level is high but not sufficient to constitute diabetes.

“The doctor of the future will give no medicine, but will involve the patient in the proper use of food, fresh air and exercise.” Thomas Edison

●  having a sedentary lifestyle

Hypoglycemia
Hyperglycemia
Diabetic retinopathy that can result to partial or complete blindness
Nephropathy
Neuropathy which can further lead to the common diabetic foot
Cardiovascular disease like myocardial infarction and cerebral vascular accident
DKA, a complex metabolic disorder characterised by hyperglycemia, acidosis and ketonemia. This is caused by insulin deficiency followed by an increase in counterregulatory hormones like glucagon, cortisol, growth hormones.
Coma
Death

Ketogenic diet has been proven to be effective

The primary goal of diabetes care is the maintenance of optimal glycemic control while ensuring good physical and psychological well-being, as well as normal growth and development.

These are what you should watch out for:

Blood glucose monitoring (at least before meals and before bed)

Diabetes will not kill you was written by Udoamaka Elenwoke. A professional Italian nurse and you can follow her on Social media.

DIABETES MELLITUS – WHAT IS IT?

DIABETES MELLITUS – WHAT IS IT?