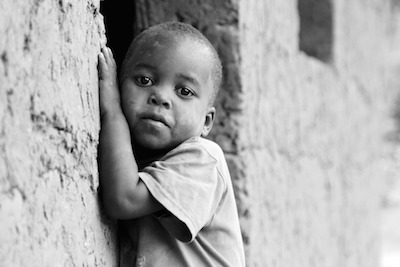 Overcoming poverty is not a task of charity, it is an act of justice. – Nelson Mandela

Malnutrition in Nigeria has become a menace in our society today. Some even say that it has become as bad as insurgency. Millions of Nigerian children today suffer from malnutrition including Internally Displaced Persons (IDPs) and Non – IDPs alike.

According to the World Health Organization… “at least 53% of deaths in women and children world wide results from malnutrition and lack of essential micro nutrients”.

In Nigeria, records show that malnutrition kills an average of 100 children and at least six women of child bearing age every hour…” which estimates about 2.3 million children getting killed each year. Another report states that one-third i.e. thirty- five percent of Nigerian children under the age of five suffer from chronic malnutrition.
Malnutrition has many causative factors such as poverty which stems from economic failure, living below $1 per day, among others, insurgencies-in the North – eastern part of Nigeria and recently in Benue and Rivers states.

According to UNICEF, “…millions of children are paying an indirect price for these conflicts, suffering from malnutrition, disease and trauma and basic services- including access to food, water,sanitation and health…” and also ignorance.

lives of little and growing kids. They seem to forget that although adults may suffer from starvation and inadequate nutrients, it is only kids that suffer from malnutrition. The government of Nigeria in collaboration with some Non Governmental Organizations and International Organizations such as the United Nations Childrens Education Fund (UNICEF), World Health Organization (WHO), United Nations Food and Populations Agency (UNFPA), World Food Program (WFP), as well as Empower 54 has partnered with some prominent members of the society like the Ooni of Ife, Oba Adeyeye Ogunwusi, Alhaji Aliko Dangote, as well as others to tackle malnutrition in Nigeria.

Most of the seven billion people in this world suffer from malnutrition. Half do not have enough to eat and the rest of us eat too much. – Earle Gray

The Dangote Foundation for instance, has begun to fulfill its commitment to donate 36 billion Naira to implement its malnutrition intervention plan in Nigeria starting from January 2018. The states to benefit are Adamawa, Bauchi, Borno, Gombe, Taraba, Yobe, Kaduna,Kano, Kastina, Kebbi, Jigawa, Sokoto, and Zamfara. The Harvest Plus Nigeria initiative has a yearly programme where it showcases agricultural solutions emphasizing bio fortified and nutrious foods which are distributed to mothers for their children. These are some of the efforts made by these organizations amongst others.

Having said all these, it should be noted that these efforts are not meant to come from the government , influential people in the society and organizations alone. According to the Ooni of Ife, Oba Adeyeye, he said “…the menace of malnutrition is creeping deeper into the fabric of our society and we must be tenacious in our fight against this colossal beast by creating a better mechanism, adopting policies and strategies that are capable of combating its rapid expansion.”

We should be able to contribute our little quota to fight this menace to a stand still by making donations-materials or cash, raising awareness and helping the little boy or girl we see malnourished on the street any little way we can because we must remember that “Every Child is your Child”.