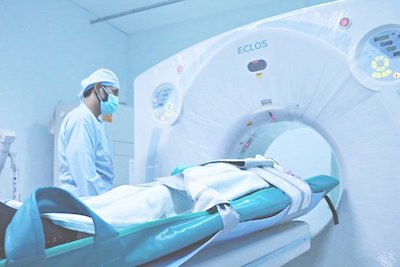 A number of factors such as the growing prevalence of chronic diseases, soaring popularity of minimally invasive procedures, rising geriatric population, soaring number of R&D activities, and ongoing technological advancements will accelerate the interventional radiology market at 6.4% CAGR during 2019–2024. According to P&S Intelligence, the market will generate $27.3 billion revenue by 2024. Moreover, the increased reimbursement rate for interventional radiology procedures will also contribute to the market growth in the coming years.

The rising incidence of chronic diseases is one of the primary growth drivers of the market. The American Institute for Cancer Research stated that 18.1 million new cases of cancer were diagnosed around the world in 2020. Of these, 8.8 million patients were women and 9.3 million were men. The research institute also estimated that 550,000 new cases of bladder cancer were recorded in 2018. Moreover, the WHO states that more than 55 million people are currently living with dementia worldwide.

In the recent past, the angioplasty category accounted for the largest share in the interventional radiology market, within the procedure segment. The dominance of this category can be primarily credited to the growing prevalence of CVDs. Approximately 17.9 million human lives were lost due to CVDs in 2019, accounting for nearly 32% of all global deaths, as per the WHO. The organization also states that 17 million premature deaths were caused due to NCDs, 38% of which were caused by CVDs.

Globally, the North American interventional radiology market generated the highest revenue in the preceding years, and it will continue this trend in the coming years as well. This can be credited to the presence of advanced healthcare facilities and huge healthcare expenditure in the region. According to the Centers for Medicare and Medicaid Services, the national healthcare expenditure of the U.S. stood at $4.1 trillion in 2020, wherein Medicare spending and Medicaid spending of the country was $829.5 billion and $671.2 billion, respectively, in 2020.

Whereas, the APAC interventional radiology market is expected to witness the fastest growth in the foreseeable future, owing to the increasing burden of chronic diseases, improving healthcare expenditure, growing healthcare spending, and burgeoning geriatric population. According to the WHO, the Southeast Asian region is observing a high burden of cancer, CVDs, chronic respiratory diseases, and diabetes. It also states that these diseases account for 8.5 million deaths in Southeast Asian countries each year.

Thus, the rising incidence of chronic illnesses will propel the market growth in the upcoming years.