How to stop any habit (3 Steps) 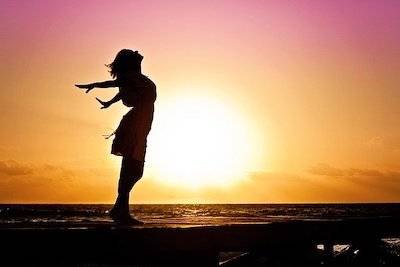 A habit (or wont as a humorous and formal term) is a routine of behaviour that is repeated regularly and tends to occur subconsciously. Wikipedia

From Aristotle to Noam Chomsky, there is a big list of authors that have contributed to the study of Habit. Special thanks to their significant contributions we have a better understanding of how habit works. See complete list here. Research on Habit and how it works is still on-going.

Of these authors we focus on the Russian Physiologist Ivan Pavlov. He best known for his work in classical conditioning and habit formation. In 1904, this experiment below earned him a Nobel Prize in Physiology or Medicine.

His dog normally salivates when it sees food (1). But not if he rings a bell (2). As he gave food to his dog, he rang the bell (3). After repeating this procedure a few times, he tried ringing the bell without providing food to the dog. On its own, an increase in salivation occurred (4).

The result of the experiment formed a new habit. The bell was the stimulus (explained later) for this new habit.

From this experiment we can conclude that there are 3 components of habit formation.

Stimulus is something that evokes a reaction. It is also known as trigger or cue. The body receives information from stimulus using one or more of the 5 senses: Sight, Sound, Smell, Taste, and Touch. It sends this information to the Brain.

In the Brain there are connections called Synapses. These are just junctions between two nerve cells. There are billions of nerve cells in the brain. One of the theories is that synapses are activated when a new habit or memory is formed. Their activity goes down when a behavior is stopped. As you see they do not disappear.

This is why a Psychiatrist friend of mine said that a thief that converts to a religious leader after decades of robbery still has traces of robbery in his brain.

The brain then directs the muscles. These will produce the Action. When this action is done repeatedly and effortlessly it becomes a habit.

Habits stick because they produce a positive reward. With repetition and consistency it becomes an unconscious act or behaviour. According to Aristotle: We are what we repeatedly do. Excellence then, is not an act, but a habit.

To stop any habit you have to identify these factors especially the stimulus and make them difficult or unpleasant. It sounds simple but sometimes it can be really complicated.

You form a habit on top of another one. There is space in your brain to form as much habits as you want. It becomes strenuous but not imposible with age.

These are 3 steps that will help you stop or start any habit:

I was a chain smoker a patient told me. One day I heard my voice on a Whatsapp audio message I sent to my daughter. I noticed I was panting while talking! That was the moment I realised what smoking has done to me. I developed a burning desire to quit. It’s 8 years now and I have not smoked again.

Desire is a strong wishing for something to happen. It is the most important of the rest. It is made stronger by a strong reason to change. It is not sufficient to say, I want to change. It should be accompanied by strong belief.

Sometimes our brain controls us but we can control our brain. Desire is what makes you control your brain.

Doctors find it difficult to treat alcoholic patients because the patients lack desire and don’t accept they need help (discussed in Step #3).

Burning desire coupled with believe change is possible is the golden rule of habit change.

Some people stop a habit when they have had a bad experience like catastrophe or health challenges. However you are not going to wait for a black swan event before you decide to change. You want to change now.

How to have a burning desire:

1. Inspiration: This gets you kicking. Necessity can be an inspiration and develop your burning desire to succeed. Frustration and anger about your situation can drive you to change. If you are happy with where you are you are not going to move on.

2. Fear/Pain: Constantly remind yourself of the bad consequences of failure. Or the reward for success if you want to start a new habit. Keep your eye on the goal. Some people do this by writing them down and reading them everyday.

Just start doing it today. Do not waste time thinking. Time will never be ‘just right.’ Most habits stop when you decide to stop. And this leads us to Step 2. What does Nike say?

In 711 AD Muslim soldiers arrived the Iberian Peninsula. Umayyad Commander Tariq bin Ziyad ordered his ships to be burned so that his men would have to conquer or die. The Spanish commander, Hernán Cortés did same during the Spanish conquest of Mexico in 1519 AD. And do you know what? They conquered.

There is no going back to the old habit, burn your ships.

You can stop most habits depending on your willpower. Do you come late to meetings? Are you addicted to social media? Do you spend to the limit on credit cards? JUST STOP NOW!

The intrinsic ability to delay gratification is a powerful way of stoping or starting a habit. This makes a big difference why some people are successful. Just like the muscle, the brain and of course willpower gets stronger the more you use it.

If you can’t stop or even start a particular habit it means you need a better knowledge of the system. Better knowledge involves understanding the habit and how it works.

It is very important to identify the triggers. Make them unpleasant and difficult to achieve while you do the opposite to the new habit. As mentioned earlier, you don’t eliminate a bad habit, you replace it.

Do you have problems saving your income? Pay yourself first. Open an account and automatically transfer 10% of your salary before you start spending. Automation is an excellent way to stop and start a new habit. It doesn’t necessarily mean using technology. You create routine activities that you repeat continuously.

Do you want to stop smoking? Go to the hospital and talk to a patient who got lung cancer from smoking. Stay away from smokers. Some people even go as far as changing environment.

Is your phone notifications distracting you? My phone is always on silent, calls vibrate. Mute unnecessary Whatsapp/Telegram etc groups for one year. Delete social media apps. Trash any app you have not used in 3 months.

Do you want to write a book/article? Wake up 15 mins earlier and write 100 words each day. Increase with time. Same applies to reading a book. Buy the audiobook and listen while going to work. 5 hours of audiobook can be finished in just 5 days if you spend 30mins commuting.

A good way to stoping a habit is by starting small. Start small – Think big. Start to replace the habit now, and work with whatever you have right now, and better tools will be found as you go along.

Initially it may not be easy but if you persist you will win. When mastery is attained there is no going back. If you are facing great difficulties then move to step 3.

Deposed King Sancho I of Leon (932-966) travelled south to Cordoba, present day Spain for obesity treatment. Before then he was so fat that he couldn’t ride a horse. The Jewish doctor Hasdai ibn Shaprut sewed his mouth and gave him infusions from a straw. After 40 days he lost half his weight. Sancho I would later reclaim the throne in 960.

In 2007, researchers Christakis & Fowler published their results from the Framingham Heart Study. After following 12,067 people for over 32 years they found that a person’s chances of becoming obese increased by 57% if he or she had a friend who became obese in a given interval.

You must have heard that you are who you surround yourself with. The effect of environment on habit cannot be understated. It may be changing neighbourhood or work, finding a mentor/coach or changing who you talk with everyday.

Speaking of mentor, (s)he should be a respectable person that is where you want to go. Someone or people that have done what you want to do. You do not want a mentor/coach that is not easily accessible or untrustworthy.

Join a club like Rotary, Toastmasters, Lion’s club etc for self-improvement. Follow a supportive community (it can be online) who are doing the things you want to do. For example find a writers club if you want to write a book or articles.

Alcoholics Anonymous has done a great job changing the habit of drinking alcohol. Membership is open to anyone who wants to do something about his or her drinking problem.

Residential rehabilitation (Rehab) provide a structured programme of support and care for people who have difficulty becoming drug free in the community.

Changing environment includes what you read everyday. Feed yourself with online information and books that inspire you to do the habit.

Some great websites are:

Talk to a doctor. We covered this here. There are habit changes that require special treatment like in the case of opiods adiction.

When many people addicted to opioids like heroin first quit, they undergo withdrawal symptoms (pain, diarrhoea, nausea, and vomiting), which may be severe. This needs help from health professionals. Other opioids (Methadone, Buprenorphine etc) can be helpful in detoxification stage to ease craving and other physical symptoms that can often prompt a person to relapse.

Your doctor will advise if surgery is needed. Even after bariatric surgery you still have to change your food habits. You have to work on yourself more than anything else.

Surgery is usually the last option when most things have been tried without success.

Always remember what Henry Ford said: Whether you think you can, or think you can’t… you are right. Just change that habit now!

“Stop giving fruit juice to children less than one year”: US Pediatricians advice

“Stop giving fruit juice to children less than one year”: US Pediatricians advice