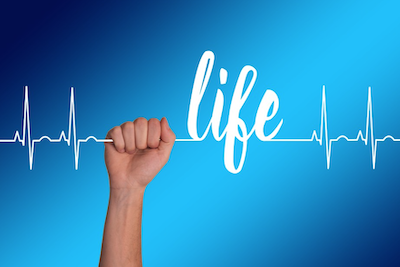 A number of factors, such as the rapid technological advancements, surging need for early and effective disease diagnosis, and growing prevalence of chronic illnesses, are expected to drive the advanced visualization market at a healthy CAGR of 11.3% during the forecast period (2017–2023). According to P&S Intelligence, the market will generate $3,843.8 million revenue by 2023. Additionally, the rising aging population and escalating demand for picture archiving and communication systems (PACSs) in developing countries will also facilitate the market growth.

Additionally, the growing aging population will also facilitate the advanced visualization market growth globally. Geriatric people require extensive care as they are at a higher risk of chronic diseases, such as cancer, CVDs, and neurological diseases, owing to their low immunity. The World Population Ageing 2020 report published by the United Nations Department of Economic and Social Affairs (UNDESA) states that the population of people aged 65 years or more will rise from 727 million in 2020 to over 1.5 billion by 2050.

The imaging type segment of the advanced visualization market is classified into computed tomography (CT), magnetic resonance imaging (MRI), nuclear medicine, radiotherapy, ultrasound, and others. Under this segment, the MRI category held the largest market share in 2016, due to the surging incidence of cancer and heart diseases. MRI systems are being rapidly deployed in medical applications, such as oncology and cardiology, for safe and accurate diagnosis. According to the WHO, CVDs are responsible for 17.9 million deaths every year.

Geographically, North America accounted for the largest share in the advanced visualization market in 2016, wherein the U.S. generates the higher revenue. The dominance of the North American region can be credited to the rapid technological advancements, booming elderly population, increasing incidence of chronic diseases, and mounting healthcare expenditure in the region. For instance, the Centers for Disease Control and Prevention (CDC) estimates that nearly 6 in 10 people in the U.S. live with at least one chronic disease, such as cancer, diabetes, or heart disease and stroke.

Thus, the increasing burden of chronic diseases and the growing number of old people are the key contributors to market growth globally.