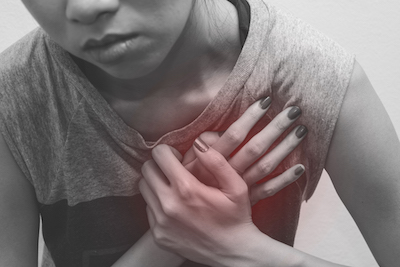 What is Heart Attack?

A heart attack is a swift action that takes place when there is a total blockage of a particular artery which supplies oxygen-rich blood to a particular area of your heart. This results in loss of oxygenated blood to the heart, and if not immediately attended to, that part of the heart muscle begins to die. The heart being a muscle needs adequate supply of blood to keep it in perfect condition. A heart attack iѕ ѕоmеtimеѕ called a myocardial infarction (MI), acute myocardial infarction, coronary occlusion, оr coronary thrombosis. 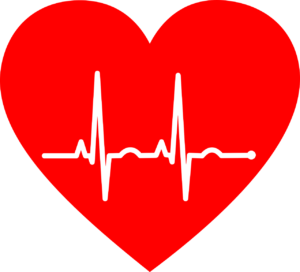 Coronary Heart Disease (CHD) can stay hidden for a while, and most people don’t even know that they have this disease until they’ve had an Heart Attack.

Man vs Woman Heart Attack; What are the Differences?

Heart attack occur in women at an older age unlike men. Heart attack in women are worse than men. The mortality ratio of women to men who die in their first year after their heart attack is 26% to 19% for women and men respectively. The worst part is that these symptoms are very silent in women and quite obvious in men. The conventional symptoms for heart attack are; squeeze or pain in the chest region, and pain in one or both arms. These symptoms are quite different in women. Women have symptoms such as; shortness of breath, nausea, and back or jaw pain.

The first test a doctor is most likely to perform is an angiogram; checking for narrow or blocked coronary arteries. This test however misses a common heart disease in women which is coronary microvascular disease which affects or damages smaller arteries in the heart.

Heart attack in women are worse than men. 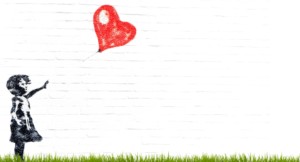 Before we talk about the relationship between heart attack and cholesterol, there are certain facts you need to know. Cholesterol is not same as fat,

Hear From those who have suffered this same fate

On the 31st of march, I went out with my friend for our usual road walk, as we walked, I felt a little short of breath, but I concluded that it was because I was walking faster than usual. After the walk, as I drove home, I had a chest pain, I thought it was nothing. When I got home, I had another chest pain, and then it dawned on me that this wasn’t just anything. I surfed the net for chest pain, and I found heart attack. Although my chest was unusual, I never imagined that I could be having a heart attack. I sat down hoping for the pain to go away, and then it happened again. This time I decided to drive to the ER, this can’t be me; I’m too young to die; these where the thoughts going through my mind. On my way to the ER, it happened again. When I got to the ER, I told the nurse; I think I’m having a heart attack, she put me on a wheel chair and asked me why I thought so, I couldn’t answer. Moments after getting to the ER, I suffered a cardiac death; I was defibrillated with one shock to the heart. I spent one week in cardiac ICU receiving treatment. After I got out of the hospital I started cardiac rehab.

Early one morning I began having pain in my chest and sweating.  It felt like all my body functions were out of control.  I did not think that what was happening was a heart attack, but to be on the safe side my husband and I left for the hospital.  I was connected to an EKG immediately.  I was shocked when the hospital staff told me I was having a heart attack.  I was rushed into surgery and had one stent placed.  In recovery, I had another heart attack.  I went back into surgery and had two more stents placed.  Later, the doctors told me there was evidence that I had also had an unrecognized stroke and heart attack. Today, I feel great!  I still have good and bad days, but I wake up every morning looking forward to the day and its opportunities.  I’ve learned from my heart disease, and now I take better care of myself than before my heart attacks.”

I started having indigestion late one afternoon while meeting with clients.  As I sat listening to the auctioneer present my clients with various alternatives to selling their home, the pain intensified.  I told my client, who happened to be a doctor, about my symptom, and he explained that it may be a gall bladder issue since I had no other symptoms of a heart attack.  He advised me to go straight to the ER – just in case. I drove myself to the ER where my EKG was good, but my blood work indicated heart muscle damage.  I know now that I lost valuable time in driving myself to the hospital – I might have been spared some muscle damage had I been treated by medics who could administer appropriate care en route and ensured that I received immediate medical attention once I arrived at the hospital.  Any woman in need of emergency medical care should call 911!  Not only can EMTs provide timely and necessary care, but they also ensure that you will be taken to a hospital that can handle your needs as a cardiac patient. After my catheterization, the cardiologist told me husband my arteries were as clear as could be.  I was not overweight, exercised up to six times per week, and my cholesterol levels were as low as any he had seen.  He said it was the most bizarre case he had had.”

At age 59 years of age, Jean looked like the picture of health. She had normal blood cholesterol, was very active and never had a weight problem. Jean developed heart disease symptoms that presented like the flu. Three mornings in a row, Jean experienced “funny spells” with weakness and dizziness. The fourth morning, Jean developed uncontrollable retching with dry heaves. “That’s when I knew it was my heart”. Recognizing the serious nature of her condition that begged for a diagnosis, Jean went by ambulance to the best cardiac care center in her area and asked for an EKG. While her request was met with some hesitation, the emergency department staff soon complied and they then realized that Jean was indeed having a heart attack and in serious trouble. An emergency angioplasty with placement of a stent saved Jean’s heart muscle from excessive damage. Thanks to her quick action and her ability to have successfully advocated for herself during an acute emergency, Jean continues to live a very active lifestyle. She retired from her job as an administrative assistant as she felt that the related job stress may have led to her developing heart disease. It is estimated that a third of women experience flu-like symptoms with heart attack without any chest pain at all, so Jean’s message is for all women to “listen to your body. Trust your instincts. And insist on the best care for your heart”.

Heart attack: Men vs Women vs Children was written by Dr. Nnamdi Elenwoke

The most effective ways of avoiding Heart Attack

The most effective ways of avoiding Heart Attack