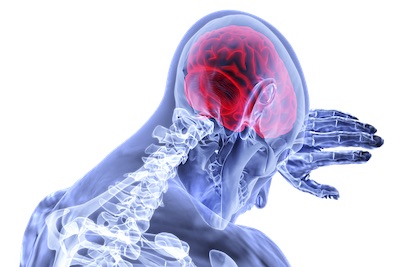 As they say “there’s always a first time to everything”.

I just started working in a new hospital in the neurosurgery ward. I was excited and at the same time curious to learn and experience new things.

Well I noticed this young lady of 27 years in the sub-intensive care unit of the ward and got interested in her case. I was told she’s been in the ICU (intensive care unit) for like a month before coming to us.

I saw her awake but neurologically imbalanced. She was bedridden, couldn’t talk, recognize anyone or understand where she was. She was always removing her clothes (unconsciously).

To cut a long story short she had a cerebral aneurysm. With us she stayed extra two months before being transferred to another hospital for rehabilitation.

Today she is living a normal life; can talk, walk and reason. Our doctors saw her case as one of the miracles that happen in medicine, it’s strange how she made it.

A cerebral aneurysm or brain aneurysm is a weak or thin spot on an artery in the brain that balloons or bulges out and fills with blood. The bulging aneurysm can put pressure on the nerves or brain tissue.

This may lead to a burst or rupture, spilling blood into the surrounding tissue (called haemorrhage). This type of hemorrhage is called Subarachnoid haemorrhage.

– The annual rate of rupture is approximately 8–10 per 100,000 people.
– A Brain Aneurysm ruptures every 18 minutes.
– Women are more likely than men to have a brain aneurysm (3:2 ratio).
– Women, particularly those over the age of 55, have a higher risk of brain aneurysm rupture than men (about 1.5 times the risk).
– There are almost 500,000 deaths worldwide each year caused by brain aneurysms, and half the victims are younger than 50.
– Ruptured brain aneurysms are fatal in about 50% of cases.
– Of those who survive, about 66% suffer some permanent neurological deficit.
– Approximately 15% of people with a ruptured aneurysm die before reaching the hospital.
– Most of the deaths are due to rapid and massive brain injury from the initial bleeding.
– Brain aneurysms are most prevalent in people ages 35 to 60, but can occur in children as well.
– Most aneurysms develop after the age of 40.
– Most aneurysms are small — about 1/8 inch to nearly one inch — and an estimated 50-80% of all aneurysms do not rupture.
– These can pose a particularly high risk and can also be difficult to treat.
– Ruptured brain aneurysms account for 3-5% of all new strokes.
– Among patients evaluated in an emergency department for headaches, approximately one in 100 has a ruptured aneurysm, according to one study. Another study puts the number at four in 1.
– Accurate early diagnosis of a ruptured brain aneurysm is critical, as the initial hemorrhage may be fatal or result in devastating neurologic outcomes.
– Despite the widespread availability of brain imaging that can detect a ruptured brain aneurysm, misdiagnosis or delays in diagnosis occur in up to one quarter of patients when initially seeking medical attention.
– In three out of four cases, misdiagnosis results from a failure to do a scan.
– The treatment of ruptured brain aneurysms is far more costly than the treatment of unruptured aneurysms.

“Leaking” aneurysm: In some cases, an aneurysm may leak a slight amount of blood. This leaking (sentinel bleed) may cause only a sudden, extremely severe headache. A more severe rupture often follows leaking.

Whatever the case, consult your doctor when you have an unusual persistent headache.

Let me conclude by stating possible factors that could promote the development of cerebral aneurysm.

Some types of aneurysms may occur after a head injury (dissecting aneurysm) or from certain blood infections (mycotic aneurysm).

➧ Inherited connective tissue disorders, such as Ehlers-Danlos syndrome, that weaken blood vessels
➧ Polycystic kidney disease, an inherited disorder that results in fluid-filled sacs in the kidneys and usually increases blood pressure
➧ Abnormally narrow aorta (coarctation of the aorta), the large blood vessel that delivers oxygen-rich blood from the heart to the body
➧ Cerebral arteriovenous malformation (brain AVM), an abnormal connection between arteries and veins in the brain that interrupts the normal flow of blood between them
➧ Family history of brain aneurysm, particularly a first-degree relative, such as a parent, brother, sister, or child.

I am not a Neurosurgeon but I would briefly outline methods that have been proven effective in the management of cerebral aneurysm:

Medical therapy is usually only an option for the treatment of unruptured intracranial aneurysms.

Strategies include smoking cessation and blood pressure control. These are the only factors that have been shown to have a significant effect on aneurysm formation, growth and/or rupture.

Both patient and doctor can work together to design an individualized smoking cessation program that is both practical and feasible for the patient’s lifestyle. In addition, if suffering from high blood pressure, the doctor may choose to start you on an anti-hypertensive (blood pressure lowering) medication and/or diet and exercise program.

Finally, periodic radiographic imaging (either MRA, CT scan or conventional angiography) may be recommended at intervals to monitor the size and/or growth of the aneurysm. Because the mechanisms of aneurysm rupture are incompletely understood, and because even aneurysms of very small size may rupture, the role of serial imaging for cerebral aneurysm is undefined.

An aneurysm is clipped through a craniotomy, which is a surgical procedure in which the brain and the blood vessels are accessed through an opening in the skull.

After the aneurysm is identified, it is carefully dissected (separated) from the surrounding brain tissue. A small metal clip (usually made from titanium) is then applied to the neck (base) of the aneurysm.

Aneurysm clips come in all different shapes and sizes, and the choice of a particular clip is based on the size and location of an aneurysm. The clip has a spring mechanism which allows the two “jaws” of the clip to close around either side of the aneurysm, thus occluding (separating) the aneurysm from the parent (origin) blood vessel.

In the ideal clipping, normal blood vessel anatomy is physically restored by excluding the aneurysm sac from the cerebral circulation.

This is an attractive option for treating aneurysms because it does not require opening of the skull, and is generally accomplished in a shorter time frame, which lessens the anesthesia given.

Nevertheless, important differences remain between clipping and coiling, including the nature of the seal created. Because coiling does not physically re-approximate the inner blood vessel lining (endothelium), recanalization may occur through the eventual compaction of the coils into the aneurysm by the bloodstream.

HAVE YOU HEARD ABOUT CEREBRAL ANEURYSM?- MY EXPERIENCE was written by Udoamaka Nwigwe. A professional Italian nurse and you can follow her on Social media.