GOD HAS PREPARED A TABLE FOR YOU – Sunday Morning Inspiration 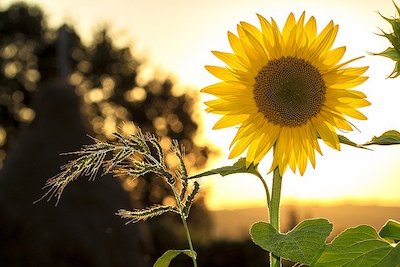 Hello lovelies; today I am going to inspire you and probably change your life in the positive direction.

Psalm 23:5 says, “ You prepare a table for me in the presence of my enemies”. As I don’t often lay much emphasis on “enemies” I prefer to use obstacles and challenges that could weigh us down.

Today I am going to tell us the story of an important woman in the Bible and how she used what she had to get what she wanted. Her name is Queen Esther, a fellow human being like all of us.

Let’s get straight to the book of Esther chapters 3,4,5.

King Ahaserus was the king of Persia said to have ruled from India to Ethiopia and he had a servant named Haman, his second in command. At that time the Jews were exiles being captured during the reign of Nebuchadnezer, king of Babylon. Through the connection of Haman , the king made a decree that everyone would bow down to him. Mordecai, one of the Jewish captives however failed to reverence Haman but chose to bow down to his God.

Do not Give Up

The Universe and You

This got him mad and sought a way to destroy Mordecai. When Mordecai got wind of this , he informed Queen Esther who declared a fast for three days. At the end of the fast, the queen invited the king and Haman to a banquet in her house. That was her opportunity to get close to the king and present her request. Fast forwarding , on one occasion the king asked Haman what could be done to someone the king wishes to honour. Thinking he was the one he made a very juicy suggestion which was welcomed by the king. Surprisingly King Ahaserus asked him to do that which he suggested to Mordecai.

To end the story Esther reminded the king that Haman ordered the hanging of Mordecai and killing of all Jews and she wasn’t to be left out being a Jew. The king was infuriated and ordered for immediate hanging of Haman, with the same things he had prepared for Mordecai.

Do not use your position to oppress others. Haman was promoted by the king but instead of using it wisely he chose to take undue advantage of others. In the later chapter of the book of Esther, Haman’s wife told him he made a great mistake attacking God’s people because their God would always save them.

Use what you have to get what you want. Mordecai remembered he had a townsperson Esther and immediately reported the case to her. Esther on the other hand used her female prowess and intelligence to get to the king. She also went to God in prayers for a solution to her problems.

He that digs a pit will fall into it. Haman prepared to destroy the Jews starting from Mordecai. He went as far as procuring materials for his hanging not knowing he was dealing with a man of God. The climax of his embarrassment was when the king told him to honour the same person he wished death.

Do not compromise your beliefs. Mordecai held on to his faith not withstanding the instructions of Haman that he should not worship his God. That your faith you choose not to compromise will speak for you at the right moment.

Extend your love to all. Queen Esther knew perfectly well that Jews were detested by the Babylonians yet she invited the king and their worst enemy to her banquet. This clearly explains the teaching of Jesus on loving your enemies and praying for those that persecute you.

Be a giver .The Bible was not mincing words when it said “the gift of a man makes room for him. When Esther invited the king, he asked her, “What is thy petition? and it shall be granted thee: and what is thy request? even half of the kingdom it shall be performed”. This art of giving has also been working for me in every area of my life.

GOD HAS PREPARED A TABLE FOR YOU was written by Udoamaka Elenwoke. A professional Italian nurse and you can follow her on Social media.