Fake drugs and Impact on the Society 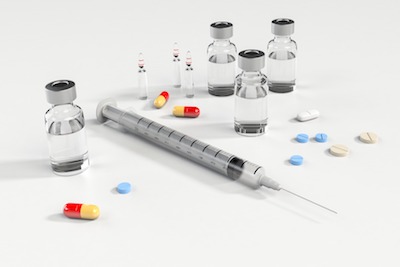 What is in Fake Drug?

Fake drug is a substance packaged or marketed in a deceptive manner. In most cases they look like actual medications or packaged to mimic the original item. There are tablets, capsules, liquids, etc. It is also called Counterfeit medicine.
The cost of pharmaceuticals can be incredible. It often leads patients to consider a cheaper alternative. Generic drugs now offer a more accessible option. The fake drug market continues to be successful. Also it supplies patients worldwide.

Some counterfeit medicines are actually a product stolen by manufacturers. Some shipping companies, wholesalers or pharmacists engage in this act. Sometimes the right product that has expired. Or repackaged with new end dates.
The stability and concentration of the active ingredient alters with time. This is important to keep in mind although it seems acceptable to the patient. 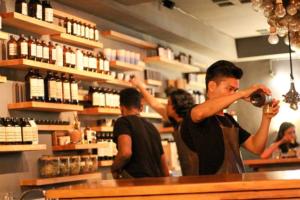 Other counterfeit medicines may contain the exact active ingredient. But manufactured by foreign laboratories where international patents are difficult to apply. Since these companies have not invested in research and development costs. But can afford cheap raw materials and work, they can produce a cheaper product.
Also a significant proportion of counterfeit medicines do not contain active ingredients. They may contain plant/animal components contain other harmful chemicals. Which may be poisonous.
Rarely, some of these counterfeit medicines contain the active ingredient at different concentrations. Some of which if elevated can cause serious side effects.
The only common factor among all these fake medications is that they almost always look like a real item. Including shape, packaging, and labeling.

Some illegal labs exist in developed countries. It is often cheaper to bring drug traffickers to these developing countries. Of course for lower costs. Buying a counterfeit medicine while abroad is one of the common ways that many patients get them. Usually in developing countries where drug sales are bad. Apart from the local “black market“.
Buying these drugs online has gained popularity in recent years. Then delivering them to the country of house of the customer.
Dishonest pharmacists, grocery stores etc sell these counterfeit medicines to a selected customer. But, law enforcement agencies have collapsed at these sales locations. This is because they are legitimate traders who sell counterfeit drugs. And are easier to follow because of their fixed address.
Buying a counterfeit drug is illegal. Depending on your country of house and the place of sale, you can commit a criminal offence.

Counterfeiters of fake medicines make up a product that looks like any drug type. Chronic drugs are the most popular. They can range from hypertensive drugs to diabetes medicines.
Antibiotics, corticosteroids, anti-dysfunction drugs, are also among the popular counterfeit medicines. Anti-cancer drugs and HIV/AIDS drugs are also common.

Counterfeit drugs can pose a serious health risk. Besides committing crimes by purchasing these drugs. Drugs without active ingredients can speed up the progression of the disease. Like others containing other chemicals that do not have curative value. Or importance for the treated condition.
With serious conditions it can be fatal. It can also complicate the treated condition later. For example, resistance to bacterial drugs by counterfeit antibiotics.

Counterfeit medicines with other toxic substances can cause serious side effects. May even lead to poisoning that can be harmful to your health or even fatal. Some drugs produced under unhygienic conditions. Thereby containing dangerous high levels of harmful bacteria or fungi.

The side effects of Fake Drugs

Legal remedies may have side effects. But if your doctor is aware of your history of disease and current health, the chances of experiencing side effects should reduce. For counterfeit medicines, these side effects are more likely to occur. This is because the exact composition of these drugs is unknown.
Allergic reactions and gastrointestinal disorders are common side effects: nausea, vomiting and diarrhea. Heavy metals and toxic compounds can cause opiate symptoms. Including changes in heart function, blood glucose, oxygen and carbon dioxide transport in the blood.
Others are dyspnea and even organic insufficiency. Many patients with chronic illness may notice the worsening of signs and symptoms. Associated with their condition.
Hidden Content