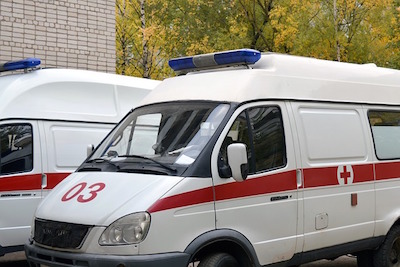 Initially, I wasn’t thinking of writing anything about medical care for severe cases/medical conditions presenting as emergency cases such as Diabetic ketoacidosis, Hypertensive emergency or Decompensating chronic conditions, after writing on “Syndrome of Inappropriate Care in Mild-Moderate Cases”. However there was this driving and compelling force which prompted me to pen down my thoughts. Additionally, after hearing about several cases of mortality in emergency cases which could have been possibly averted if certain prerequisites were put in place. Hence, I decided to sharpen my pencil and my thought in order to write something on management of severe and complicated medical conditions which I termed “Emergency care response disorder”.

Medical emergency is a medical condition that presents with overwhelming signs and symptoms thereby necessitating urgent aggressive medical intervention by the healthcare providers within in a short time in order to save the life of the victim. The term 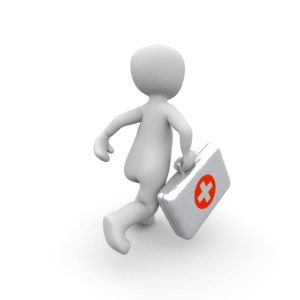 disorder is defined by online dictionary as the lack of order, regular arrangement or confusion. This brings me to the concept above Emergency care response disorder which can simply be explained as irregularities in medical care response to emergency/severe cases. Conceptualizing this topic under discussion. Many factors can be highlighted as being responsible for this. Hitherto, few would be well-discussed in this article based on the prevailing circumstances in government hospitals

Emergency Medical Services –These are set of trained medical personnel that respond to emergency calls and also give instant and timely medical intervention before evacuating casualties to referral centers if need be. As we might recall, except for few states, one can categorically say that there is no emergency medical service in place in our country, Nigeria. In that case, emergency cases or victims of road traffic accidents occurring in remote or distant area to reference facilities, have little or no chance of survival. The essence of emergency medical services is to respond immediately to emergency situations so that immediate first aid can be given to the victim such that the chance of survival can increase.

The essence of emergency medical services is to respond immediately to emergency situations.

The World Health Organisation (WHO) ratio for doctor to patients is about 1 doctor to 1000 patients. This is not the case in our environments. Thus, making the process of medical care excruciating and overwhelming for the healthcare providers. The sad aspect is that the few young doctors that are being graduated on yearly basis are lost as brain drains to greener pasture. It is of interest to note that the population is increasing in Geometrical folds while the physician density is depreciating. There is no place where a system like emergency care can function properly if there is no adequate manpower. Poverty is another factor to be mentioned regarding this overpopulation. Majority of these people survive below one dollar per day, the true definition of poverty by WHO. It is needless to talk about their financial capability to pay for special medical services in case of emergency if their daily income is below one US dollar.

It is of interest to note that the population is increasing in Geometrical folds while the physician density is depreciating.

History has let known based on documentation and story-telling that people are different in culture, tradition and also behave differently in response to certain situations. However, the level of western education attained does affect and modify this behavior. It is quite unfortunately that some people in Africa still manage severe medical conditions with local traditional method. Unfortunately, this has caused lost to several lives and patients meeting their untimely death in cases that can be properly managed in referral centers. I am not totally opposing the alternative way of managing some minor cases. However, evidenced based practice has proved beyond reasonable doubt the glaring and iron-clad success achieved by orthodox medical practice. From experience, I have encountered a case of heamorrhagic stroke being managed by local tradition healers in the name of “it was a spiritual attack”. It is high time we jettisoned this unconventional practice to save the life of our beloved ones.

I have encountered a case of heamorrhagic stroke being managed by local tradition healers in the name of “it was a spiritual attack”. 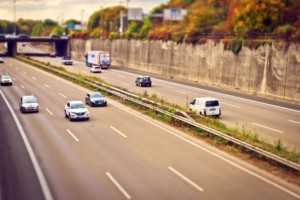 good road network communication. Majorities of highways are not motorable, even the street roads witness traffic gridlock on daily basis including weekeds. Hence, it is difficult to arrive on time or short while to emergency calls. A point to mention, are the cases of drivers found dead on the steering wheel while driving in a traffic hold up. Of course, possible heart attack might likely be the cause of death. This is a patient with underlying pathology predisposing to cardiac arrest unfortunately subjected to strenuous driving without ease access to emergency care while suffering from the attack which I termed the “die-driving phenomenon”. It is quite obvious that lack of political will to fix these bad roads coupled with other factors highlighted above are responsible for such phenomenon.

The accessibility to casualties locations and evacuating to referral centers is invariably dependent on good road network communication.

As it is seeing in a bottle shape with a narrow neck and wide body so it is the bottle neck syndrome in medical hierarchy where the larger volume remained at the bottom but few get to the top or are designedly favored to get to the top. Quite a number of medical facilities our society are being manned mainly by medical officers with only first degree which they serve in capacity as the engine or backbones behind the various hospitals across the nation. The residency training program in our countries is designed to discourage and frustrate young able and willing medical doctors. This strict and though bureaucratic procedure has turned the few lucky ones in residency program into slaves in the name of specializing and becoming a consultant (read Problems of Nigeria’s Resident Doctors). Also it has denied some extremely brilliant minds the opportunity to harness fully their potentials while some have left the country for greener pastures. Nonetheless, this bottle neck syndrome has consequently contributed to poor management of emergency care due low density of physician ratio overpopulation and as such   resulted to “Emergency care response disorder”.

The residency training program in our countries is designed to discourage and frustrate young able and willing medical doctors.

To put everything in a nutshell, the various factors responsible for Emergency care response disorder have been highlighted above ranging from lack of emergency medical service, overpopulation and poor road network to mention but a few. The lack of political will is another factor to reckon with in terms of emergency care response disorder. Without the political will to facilitate and put in place a functioning structure to address this situation, I guess we might be facing a looming medical crisis with unprecedented catastrophe.

Emergency Care Response Disorder in Government Facilities was written by our foremost Dr LB Basaru. You can follow him on Social media.

Other articles across the web

Anxiety and how to take care of it

Anxiety and how to take care of it