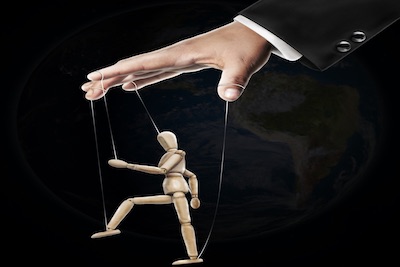 The human brain has 100 billion neurons, each neuron connected to 10 thousand other neurons. Sitting on your shoulders is the most complicated object in the known universe. Michio Kaku

According to Cambridge Dictionary domestication is an act of bringing animals or plants under human control in order to provide food, power, or company. Dogs have been the oldest friends of humans. They were one of the first animals to be domesticated by man.

Unknowingly humans have domesticated fellow humans to follow their personal dreams or desires. This is widely possible and has happened for centuries. It is still happening now while you are reading this wonderful article. All thanks to the frontal brain (more below).

The human brain has varios parts. However we will focus on the part just above the eyes. It is called the frontal brain or lobe. This fontal lobe is responsible for functions such as memory, emotions, impulse control, problem solving, social interaction, and movement of muscles.

Effects of Psychological Stress on the Brain Function

On a normal day the brain through the frontal lobes inhibit some of our actions like peeing in public when every one is watching. This inhibition reduces with there is problem or disease affecting this part of the brain. Doctors call it Desinhibition.

People with damaged frontal lobe can have personality changes, difficulty concentrating or planning and emotional instability, irritability or impulsiveness. Typically the person is lacking in insight and judgment. In severe cases, the person lacks the ability to even talk.

“You see this toddler” my mum said of our little child, “there is nothing in her head right now. Later they will gradually put something in it”. I quickly understood who she was referring too. The first they are the parents.

Changes in our emotions and of course behaviours are highly dependent on our environment. As a child grows (s)he learns what is good and bad. Learning includes culture, heritage, definition of family, friends and even social or political alignment.

Just like a sponge their brain is capable of absorbing lots of information in a short period of time. Children can learn and unlearn very fast.

Therefore the environment dictates a large chunk of the a young human being’s life. Developing children’s self-esteem begins with the life of the parents.

All parents should read this part everyday:

If parents have a particular set of perceived vulnerabilities, limitations, negative self-talk, weaknesses, or negative habitual acts, then the propensity that their children will develop such negative behaviours are increased.

The opposite is true. This is how habits are gradually formed.

Habits are developed. They are the base of everything we do as adults. Habits are a function of what we repeated perceive and do. This includes who we surround ourselves with shape our habits. Our perception is our reality.

Most people do not have dreams or they don’t have high expectations from their dreams, so like children they follow other people dreams. That is why you see people joining clubs or investing in a project because someone just told them to. Others follow their employers dreams.

Some have found success following this part, others have met failure which maybe temporary. Depending on the available information as explained below or situation in life amongst other factors, people are persuaded to follow other people.

You must have noticed how information is power. Just look at radios in the 1900s, TVs in the 1950s or Internet in the 2000s. Government and agencies have seemed to control flow of information to keep the citizens at bay. Control of information controls what you perceive as valid. Your decisions are highly influenced by the availability of information.

WYSIATI is the acronym for de What you see is all there is, a cognitive bias described by Daniel Kahneman in his book Thinking, fast and slow, which explains how irrational we are when making decisions and how little it matters to us. People take decisions, judge and transmit information based on what they have seen or experienced.

People usually judge a book by the cover. The way you dress is the way your will be addressed. So not be surprised if you are negatively judged. One side information leads to one sided judgement and of course bias.

Ever wonder why some people are so good at selling? Or why politicians have such an easy time seeing the truth of their own argument? Even religious leaders and professionals fall into this category.

Studies have repeatedly shown that if only one side of an issue is presented, we are more likely to believe that is the real story. Advertising works on this because they understand humans are fast in jumping into conclusions.

There is a video on YouTube from Chimamanda Ngozi Adichie. The title is The danger of a single story. According to the novelist if we hear only a single story about another person or country, we risk a critical misunderstanding.

Each time I open the head in the operating room, I do not know the persons race, gender, political alignment, etc. So you begin to wonder how humans have divided and regrouped themselves. Sometimes to do harm to each other. It seems you are out of the line if you are not part of a group.

Humans are social animals so it is important for them to be part of a group. You are viewed as weird if you decide to fly alone.

Sometimes flying alone is good. Eagles fly alone. They do not care what others think. And they achieve greatness. Although in the actual sense they don’t achieve greatness alone. They flock with people with the same ideology or goal. They have learned to manage criticisms.

Many people don’t go beyond their circle of influence because they care about what other people will say. It doesn’t matter what they say. Just do it.

Many people have studied influence. And how the human brain can be manipulated using techniques. Some use it unknowingly. This has been done in centuries in a good or bad way. It means our psychology is maleable hence our frontal brain. There is not limit it can achieve.

In 1984, Dr. Robert B. Cialdini wrote a book called Influence: The Psychology of Persuasion. The most significant aspects of this book are his 6 Principles of Influence:

Caldini argues that the ability to persuade others to contribute to your efforts is a key skill for managers, for team members – for anyone who wants to elevate the probability of success.

Creating systems is one of the ways in incorporate culture to group of people. There are many systems in the world. Everyone working for one objective. There is economic system at national level, educational system, company system in building business, etc.

Everyone working for one objective to achieve an objective. Many people are myopic. They can’t see the big picture. They are not trained or allowed to see it. That is why they do not understand they are part of a system and hence influenced by it.

So the next time you are protesting, fighting for your right, killing yourself about a religion, tribe or company, always ask your self if you are slave to someone or system. Many people are into groups without knowing the ulterior motive of the founder. They are just domesticated humans.

How to free yourself from domestication

– Look at around you. Understand if you are influenced by another person’s decision. This maybe what you know as right/wrong or beliefs.

– Begin to ask questions. Question yourself first. Why questions are powerful. Rene Descartes said that “If you would be a real seeker after truth, it is necessary that at least once in your life you doubt, as far as possible, all things.”

– Find out the truth. This can be done through selected reading, investigations, listening to people.

– Act on your truth. This is very important. You truth is what you believe in. It may not necessarily be what is different from others.

You will meet oppositions even from your loved ones. Align with people that share your new belief. This means you can change your environment. Do not forget that change begins with you.

Undomestication as well as Domestication can take a lot of time and requires huge effort. So start small and be consistent. And always remember this quote by John Maxwell: when you want to do something new, there will be many people who will tell you not to do it, when they see that they can’t stop you, they will tell you how you have to do it, and finally when you have been successful, they will say that they always believed in you.