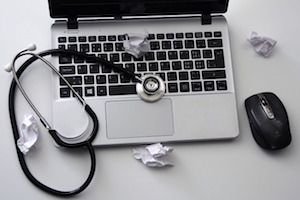 We live in a rapidly changing world where information even from doctors comes to us at break-neck speed through the internet. Thanks in large part to the Internet of Things (IoT), the world has become connected like never before. This has generated tremedous benefits across a variety of industries, with the healthcare sector not left behind. 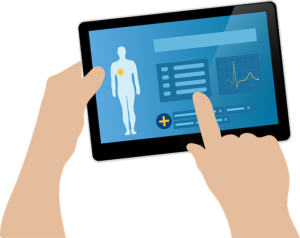 Harvard drop out turned microsoft founder, Bill gates wrote in his book “The Road Ahead” in 1995 that “over time, as the internet brings your work to your home, it will also bring many of the other good things from the city with it; college lessons, city tours, or conversations with doctors at hospital far away”.

The internet prophet actually saw the future some 20 years ago when he foretold that the traditional face to face conversation with the doctor would be better done through the internet using intelligent apps, wearables and other personal devices worn by the patients to measure his vital signs and send that information to his doctor far away from him.

This change in business model using Information Technology(I.T) should be embraced by all medical professionals who really want to impact in the 21st century and beyond. But sadly enough, some will still keep to the old methods because they are afraid of  CHANGE.

Dr. Spenser Johnson in his less than an hour read but timeless classic “Who moved my Cheese” used story telling to talk more about change (please download with this link and read the book immediately). In the book Cory said: “Some people never change and they pay a price for it. I see people like that in my medical practice. They feel entitled to their cheese, they feel like victims when its taken and blame others. They get sicker than people who let go and move on”

Technology is already disrupting many traditional business including healthcare, so all doctors will have to embrace using digital interface to treat their patients.

CALL TO ACTION (CTA): To be able to function as a Digital Doctor, the physician must quickly transition from manual to digital methods, not only in his daily practice but in all areas of life, adopting the “digital lifestyle”.

You can also read Part 2 of DOCOTAL (DIGITAL DOCTORS)