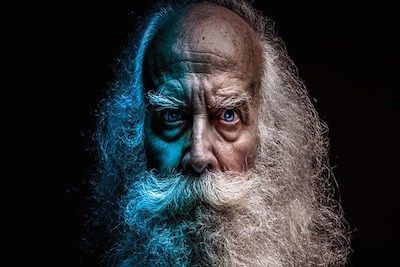 “If we can live another 30 years from today, I think eventually, forget it, lifespan becomes indefinite” — Peter Diamandis

Why do most people retire after 60 years? Why settle down in small towns and villages and live off pension funds/savings and patiently wait for your last days on planet earth?

Why should we allow society to dictate to us and programme our minds that we need pension/gratuity after we retire at the golden age of 60-65 years and become mentally lazy in the process thus paving way for cardiovascular diseases? The truth still remains that 60 years is just halfway our total lifespan on earth. Instead of waiting that long before we can enjoy retirements, Tim Ferris suggested in his book “The 4-Hour Workweek: Escape 9-5, Live Anywhere, and Join the New Rich

” that we should take as many ’Mini-Retirements’ (3-4 weeks ) as possible during our career.

In recent times, we have seen an increase in our life expectancy; individuals and nations included. Various factors that contribute to an individual’s longevity include gender, genetics, access to healthcare, hygiene, diet, nutrition, lifestyle and crime rate. While developed countries have seen increases in their average lifespan; Australia and Canada with 81.7 years (2010), the developing countries are still lagging behind with Mozambique’s figure at 41.3 years (2010). The oldest man in history whose age has been verified is Jean Calment (watch here) who lived 122 years, 164 days (1875-1997).

The topic of longevity has been subjected to changes over time; the 1871 census in U.K. (the first of its kind) found average male expectancy as being 44. The present male life expectancy in the U.K is 77 years for male and 81 years for females. With these improvements over the centuries, I can only but agree with Peter Diamandis and his book Abundance: The Future Is Better Than You Think

that with the massive investments by tech billionaires on Longevity, in some decades from now, we might even surpass 120 years, make death elective and perharps become immortal (Digital Human Beings).

THE RISE OF TECH BILLIONAIRES INVESTMENTS IN LONGEVITY

It makes good sense when we hear of tech billionaires splashing their money on such investments. Of course they want to live long and enjoy their wealth for a very long time. In March 2014, Peter Diamandis (X-Prize Foundation) and Craig Venter (Biologist/Technologist) announced a new company called “Human Longevity Inc.”, that plans to create a giant database of 1 million human genome sequences by 2020 including supercentenarias. Dimitry Itskov, online media company has a 2043 initiative that aims to “create technologies enabling the transfer of an individual’s personality to a more advanced non-biological carrier, and extending life including to the part of immortality”.
Peter Thel, 47, (PayPal Co-founder) who took Human Growth Hormone (HGH) as part of his regime to reach 120 years. He identified 3 ways to approach death. He said “you can accept it, deny it or fight it. I think our society is dominated by people who are into denial or acceptance and I prefer to fight it”

When Josh Bocanegra, CEO/founder of Humai (a start up tech involved with resurrecting humans) was asked, “Why fight death?“- he replied, “I don’t think of it as fighting death. I think of it as making death optional. I personally cant imagine why anyone would want to die but I respect their wishes“
So what we think as a Sci-fi in the epic 2013 film “Elysium” (watch free here) is not far from reality where the High Resolute Imaging machine scans through your body, give all your I.D, past and present medical condition and begin the healing process to correct all kinds of medical mysteries including cancer, HIV, aging, etc.
Does that mean we will become immortal in the future as prophesied of old? Only time will tell.

What do you think?

Please drop your comments below….