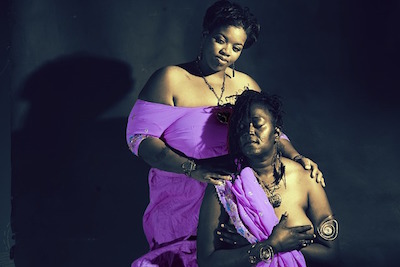 Breast cancer is the most common cancer in females, 99% occurring in females while 1% occurs in males. It is of higher rate in the developed countries compared with developing ones; possibly due to higher life-expectancy in the former, as it more common in the elderly women. 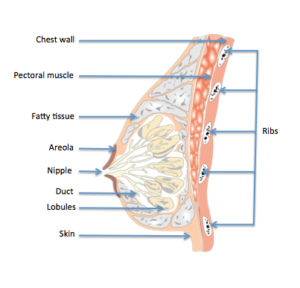 The mature human female’s breast is made up of fat, connective tissues and numerous lobules which produce the milk. During lactation, this milk get to the nipple through tiny ducts. Cancer that begins in the milk ducts is known as ductal carcinoma, which is the most common type, while the one that begins in the lobules, called lobular carcinoma is much less common.

Several risk factors have been associated with breast cancer. They include: old age, early onset of menstruation before age 12, late menopause after 55 years, not having children or having first childbirth after age 35, taking birth control pills, obesity, using hormone replacement therapy, drinking alcohol, the presence of BRCA1 and BRCA2 genes, and having a dense breast (that is, a higher proportion of lobules and connective tissues than fat) which can only be detected on mammograms or ultrasound scan.

Symptoms of breast cancer may include painless breast lump, change in size or shape, nipple discharge, lump in the armpits, sunken or inverted nipple, pitting or redness of the skin over the breast, like an orange peel.

Early detection (figure below) is key through self and clinical breast examinations, and annual screening mammography in women who are 40 years and above and in younger women who have a high risk of the disease. 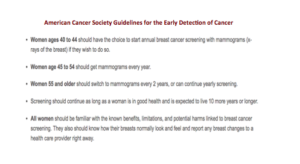 Breast cancer can be prevented through regular physical exercise, avoiding alcohol consumption, breast-feeding, consumption of healthy and well balanced diet and limiting the use of hormone replacement therapy.

Breast cancer is most treatable when detected early. Possible treatment includes surgery (removal of the lump or the entire breast), radiotherapy, chemotherapy and hormone therapy.

SYMPTOMS OF BREAST САNСER AND DETECTION

A Fascinating Connection Between Gut Health and Cancer Treatment

SYMPTOMS OF BREAST САNСER AND DETECTION

A Fascinating Connection Between Gut Health and Cancer Treatment