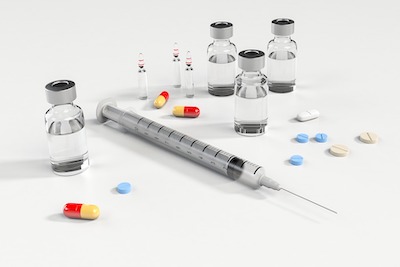 The International Agency for Research on Cancer (IARC) estimates that 1 in 11 women and 1 in 8 men die due to cancer globally each year. As per the latest estimates of the organization, more than 50 million people around the world were diagnosed with cancer within the last five years. The IARC states that around 19.3 million new cancer cases and 10 million cancer deaths were recorded in 2020. This disease affected 9,227,484 women and 10,065,305 men in 2020.

The increasing prevalence of cancer has fueled the usage of medical cartridges in diagnostic applications, such as magnetic resonance imaging (MRI) and computed tomography (CT). Additionally, this factor has augmented the demand for biologics and biosimilar drugs, which are administered through cartridges, prefilled syringes, and vials. Due to these factors, the medical cartridges market will advance at a CAGR of 6.4% during the forecast period (2021–2030). The market revenue is projected to grow from $920.8 million in 2020 to $1,691.1 million by 2030.

The end user segment of the medical cartridges market is classified into biomedical research organizations, pharmaceutical and biotech companies, and others. Among these, the pharmaceutical and biotech companies category accounted for the largest market share in 2020, and it is likely to demonstrate the same trend throughout the forecast period. This can be credited to the increasing technological advancements in parenteral drug delivery devices, such as on-body injectors and pen injectors, and their surging use by patients suffering from various lifestyle-associated and chronic diseases.

According to P&S Intelligence, the European region consumed the highest quantity of medical cartridges in the preceding years, due to the high prevalence of diabetes and obesity here. According to the International Diabetes Federation (IDF), 59,322,100 people were living with diabetes in Europe in 2019, and this number will reach 65,993,300 by 2030 and 68,121,400 by 2045. Furthermore, the European Union (EU) states that approximately 52.7% of the adults (18 years and above) in EU nations were suffering from weight problems in 2019.

Thus, the surging incidence of cancer and diabetes and expanding pharmaceutical industry will augment the usage of medical cartridges in the future.

Over 250 residents of Lagos Island benefit from Medical Outreach

Over 250 residents of Lagos Island benefit from Medical Outreach