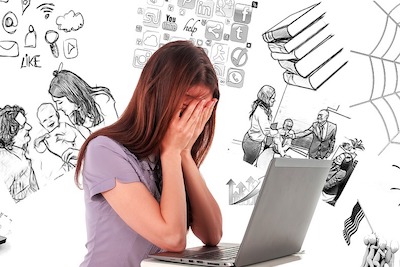 It is growing up different. It is extreme hypersensitivity. It is not learning from your mistakes. It is distrusting people because you have been hurt enough. It is called Attention Deficit Disorder. Shannon L. Alder

When the boss fired Mike he left the office premises without remorse. Mike is disorganized and has poor time management he told me. We cannot work with someone that doesn’t follow directions and has poor memory.

A year earlier his wife left him. This is not the first time he is having problems maintaining relationships. I cannot deal with his impulsivity, she complained.

Why you should (not) drink GREEN TEA

Have you heard about Cerebral Aneurysm? – My experience

I have known Mike for more than 2 decades now. Since our teenage years he has had problem with concentration. Fortunately he is a kind-hearted. His friends call him Power Mike because he has a lot of energy. Little did we know he is hyperactive.

Losing his job was a turning point for Mike. After convincing him we went from a Psychologist to Psychiatrist.

Going to the later should be seen as normal. It doesn’t mean you are crazy.

Psychiatrists are specialist medical doctors that diagnose illness, manage treatment and provide a range of therapies for complex and serious mental illness.

Psychologists focus on providing psychotherapy (talk therapy) to help patients. The later are not medical doctors. Generally they do not prescribe medications.

Before this no doctor has told us what was wrong with Mike. It was from the psychiatrist that we learnt that Mike has Adult Attention Deficit Hyperactivity Disorder (ADHD). He has been dragging it since infancy.

There is a diagnostic criteria for ADHD in Adults, the Psychiatrists said as she showed me the screen of her laptop. It is in the fifth edition of  Diagnostic and Statistical Manual of Mental Disorders (DSM-5)

Diagnostic Criteria for ADHD in Adults

All criteria must be met for a diagnosis of ADHD in adults.

– Five or more symptoms of inattention and/or ≥5 symptoms of hyperactivity/impulsivity must have persisted for ≥6 months to a degree that is inconsistent with the developmental level and negatively impacts social and academic/occupational activities.

– Several symptoms (inattentive or hyperactive/impulsive) were present before the age of 12 years.

– Several symptoms (inattentive or hyperactive/impulsive) must be present in ≥2 settings (eg, at home, school, or work; with friends or relatives; in other activities).

– There is clear evidence that the symptoms interfere with or reduce the quality of social, academic, or occupational functioning.

– Symptoms do not occur exclusively during the course of schizophrenia or another psychotic disorder, and are not better explained by another mental disorder (eg, mood disorder, anxiety disorder, dissociative disorder, personality disorder, substance intoxication, or withdrawal).

Most of us have heard of hyperactive children that have difficulty learning. Maybe they repeat a grade or dropped out of school.

Remember the brain achieves more with concentration. Some of these children have ADHD.

Little is said about ADHD in adults as if it doesn’t exist. ADHD is diagnosed only when symptoms are severe enough to cause ongoing problems in more than one area of your life.

You Mean I’m Not Lazy, Stupid Or Crazy?! by Kate Kelly and Peggy Ramundo is a self-help book for Adults with Attention Deficit Disorder. It further describes the symptoms.

These persistent and disruptive symptoms can be traced back to early childhood. Many adults with ADHD aren’t aware they have it. What they know is that everyday tasks can be a challenge.

After reading this article you can help the someone. Maybe that person is you.

Everybody is a genius. But if you judge a fish by its ability to climb a tree, it will live its whole life believing that it is stupid. Albert Einstein

Treatment plans for ADHD in adults can include medicine, education or learning more about ADHD, and getting family support. Relaxation training and stress management can lower anxiety and stress.

Psychotherapy is often an essential adjunct, helping patients to gain the skills necessary to compensate for the disorder and improve their ability to function at home, work, and socially.

The goal is to find the best treatment for each patient. And stick to it.

It’s 5 years now and Mike is very okay. He is the CEO of a midsized company. He learnt that the only limit to the brain is the one permit. The book Full Catastrophe Living by Jon Kabat-Zinn helped him learn how to concentrate.

There are many people with Adult ADHD that have achieved success in their fields: Richard Branson, Michael Phelps, Jim Carrey just to name a few. No matter what people tell you, you can be all you can be.

There is no more miserable human being than one in whom nothing is habitual but indecision. William James

Do you think your case is like Mike? Or you know someone you can help?

The World Health Organization has a short self-screening questionnaire you can use to determine if you might have adult ADHD. The ASRS is comprised of 6 questions that are ranked on a scale of 0 to 4. Scores in the 4-6 range are indicative symptoms consistent with ADHD in adults. You should seek out a formal diagnosis.

Difference between Psychologist and Therapist

Difference between Psychologist and Therapist