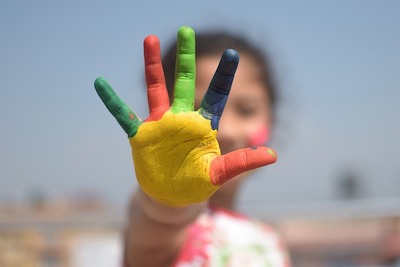 During the mummification process, Egyptians would usually remove the brains through the nose. It is called Excerebration.

When Napoleon Hill said that more gold has been mined from the brains of men than has ever been taken from the earth, he wasn’t lying. Sometimes we tend to forget we have a powerful machine between our ears.

I will give you 5 brain facts facts you never knew. They will keep you smiling and nodding your head at the same time. Number #5 is my best, let me see yours.

How to stay healthy (Health Insurance)

How to take control of your health

Have you heard about Cerebral Aneurysm? – My experience

Each time people ask me why the brain cannot feel pain, I say: it’s because it doesn’t have tv. They usually ponder. If you want to watch TV, I continue, you need:

If you don’t have TV you can generate electricity but you cannot watch movies. Same as the body. In this case the generator is the brain. The cables are the neurones/nerves while the TV is the pain receptor. There are no pain receptors in the brain unlike the skin.

However there are pain receptors in a paper like membrane that covers the organs including the brain. These can receive pain but not the organ.

This is why neurosurgeons can operate a patient while awake. They only use anestesia on the skin and brain covering (keep reading). This is called Awake craniotomy.

An adult brain weighs about 3 pounds. The largest brain of any animal is that of the sperm whale. It weighs about 20 pounds.

Speaking of awake craniotomy, one of the risks is that the patient is partially awake. Sometimes the patient can start to convulse or have seizure during operation. This doesn’t happen when the patient is fully asleep or intubated.

Pouring cold water-like substance on the operation site can amazingly stop the seizures. This is what neurosurgeons do. They sprinkle cold saline on the surface of the brain to magically stop the convulsions.

Convulsion or seizures are hot, you calm them with something cold. This allows the surgeons to quickly continue operating.

When neurosurgeons open the covering of the brain (Meninges) they are welcomed by an outflow of liquid. It actually looks like water.

Your brain is surrounded by this colourless liquid. Which helps it float inside the skull, like a ship in water. Doctors call it CSF or Cerebrospinal fluid.

Your brain floats when you are sleeping, jogging or even upside down.

Since the brain is surrounded this liquid, it weighs only 2% of it’s actual weight. If the brain did not have CSF to float in, it would sit on the bottom of the skull. You will die is nothing if done about it.

4. Left and Right brain are different

In 1981 American neuropsychologist Roger W. Sperry won the Nobel Prize in Physiology and Medicine for his work with split-brain research. His work is based on the fact that the brain’s two sides (left & right) function differently.

And it helps us understand that people are either left-brained or right-brained. This means that one side of their brain is dominant on some functions for example speaking, using the limbs, eyes etc.

How to know which eye is dominant (Hole-in-the-card-test):

1. Cut a 3cm-hole in the center of a rectangular card.
2. Pick a distant object to fixate on.
3. Hold the card in front of you
4. View the object with one eye while closing the other.

Result: The eye that sees the target through the hole is your dominant eye.

Knowing which side of your body is dominant can improve your performance in certain sports and activities, such as photography.

5. Your brain is extremely powerful

The most powerful computer known is the brain. It helps you think and learn new things.

Research has since shown the brain constantly shapes and changes throughout our lives. This means we can continue learning at any age. Scientists call this Brain Plasticity (from plastic – adaptability).

Your brain does not multi-task. It achieves wonders with concentration on one thing. Remember Jack of all trades is master of none.

You can create anything (underline this) you desire just by letting the brain do the thinking. It starts by imagination.

Most people allow their brain to control them. Do not be like them. Start controlling your brain now!

Relieve Sciatic Nerve Pain and Back Pain with a Tennis Ball

Relieve Sciatic Nerve Pain and Back Pain with a Tennis Ball